Why so many F-Droid clients?

Why so many? Is there hidden gold in making F-Droid clients? Because they can? Was there a contest? Other than F-Droid, the obvious original and best, which other clients are runners up? Why didn’t they just submit improvements for the original? Isn’t it a waste of developer time having so many? Will there be more? So many questions, so little time. LOL

Did you look at them? Did you see that each has its own UI/UX?

Foxy has the UI of F-Droid up to 0.1xx, but updated

Aurora is based on Aurora Store, more like Play

G-Droid dev has its own ideas about how it should look like.

I like the diversity; makes it so much easier to find a client flavor you like and can easily navigate or live with.

In the end it’s a good thing; as it makes F-Droid more accessible

Client, where, language, license, how many developers

There was a good, unanswered, comment/question previously on possible security issues.

not sure whether it helps. Some links, some tables: 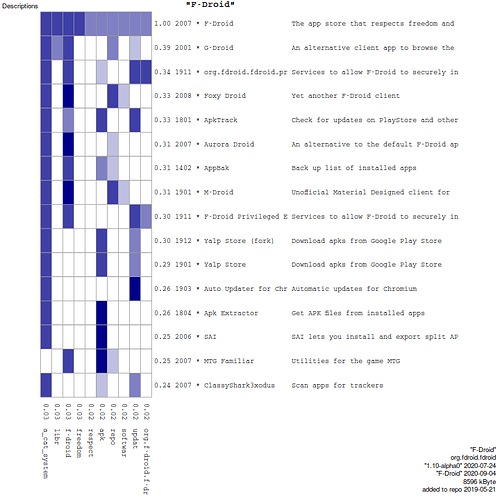 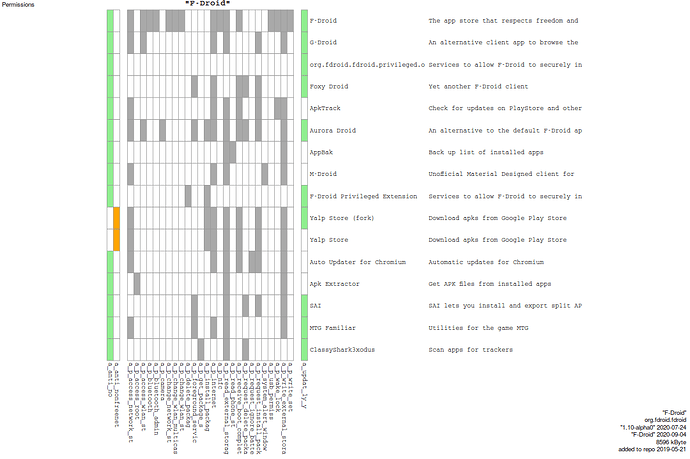 Very helpful. The tables give impressive presentation (and overload) of data! The results are much better than search in F-Droid client. It doesn’t explain “why” but it does give a lot of useful comparisons.

On Descriptions, it would help (a user) to see a key for columns (in human language) and color/darkness at the bottom. And maybe an equation for the “scores” in each row.

On Permissions, same comment (except no “scores”), although it’s clear enough. A sort by a permissions score would also be good.

System Extension for F-Droid maybe shouldn’t be “green” with no grey (no permissions), because of how it must be installed to work.

Is there hidden gold in making F-Droid clients

Why didn’t they just submit improvements for the original?

Diversifying the marketplace of FOSS alternatives for Android would be great but what could happen is a loss of focus on the integrity of one project, F-Droid.

Everyone focuses where they want, that’s the way it works.

Also, new one F-Droid Classic, based on 0.1xx like Foxy but no UI changes, afaics.

Of course but regardless of why the result will be the same. It would be a lot easier to fly under the radar with a bug (exploit) if a lot of our users are using 2 or 3 clients.

But as you say, people do what they want.

If you are concerned about security, stick with the official client. It has been audited more than once.