What types of apps are you missing from the FOSS ecosystem?

The ability to check files against checksums, most notably sha-256 and sha-512, would be so helpful.

Hashr sounded like a good app but the anti-features, being a weak security signature and known security vulnerability are major turn-offs.

The app basically fails in it’s function because anyone who wants to use a checksum checker is interested in security and authenticity. Those anti-features are completely antithetical to it’s purpose.

The ability to check files against checksums, most notably sha-256 and sha-512, would be so helpful.

Hashr sounded like a good app but the anti-features, being a weak security signature and known security vulnerability are major turn-offs.

Hash Droid (Verify file integrity) appears to be a good option for you.

ClassySharkExodus checks md5sum sha1sum sha256sum and much more (certificates fingerprints…) on both installed or *.apk files (via GhostCommander or other file manager).
They can be copy/paste via long-press.
I can add sha512, but don’t believe any apk come with pre-known sha512sum (?) 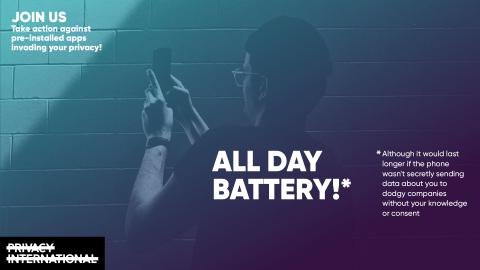 An open letter to Google

Privacy International and over 50 other organisations have submitted a letter to Alphabet Inc. CEO Sundar Pichai asking Google to take action against exploitative pre-installed software on Android devices. You can find the letter below. Add your...

and was quite stunned that all these major organizations didn’t simply ask for all pre-installed apps to be just simply FOSS , not to mention their request (monopolistic ?) to have all these pre-installed apps preferably through Google Play
(hope F-Droid won’t co-sign this odd letter)

I think the description for the app is too short, it might not be doing it justice. Maybe try identifying the problems that your app is solving more clearly, then outline how your app solves them. The second (and last) sentence in the description is confusing to me.

I read that Privacy International letter. I think it’s okay, because it tells Goo that pre-installed apps and “services” need to be uninstallable. You are right though ideally they would be open-source, but the manufacturers want to compete with proprietary stuff. A good reason to just bite the bullet and switch to a completely open-source OS, like Replicant, FairphoneOpenOS or Purism(?), or something close to fully open-source, like LineageOS.

Looking more closely, neither of those hashing apps’ latest versions have no such issue. Only the versions in F-Droid Archive do. Simply disable that from your repo list & your warnings should disappear. More info is here.

That’s good, but I have both the F-Droid Repo and the Archive Repo enabled, why wouldn’t a re-compiled version show? Seems counter intuitive.

Unless the apps haven’t actually been recompiled yet?

I think that will be solved by finally merging this: https://gitlab.com/fdroid/fdroidclient/merge_requests/818

What is really missing: it’s all Tutorials/Learning of languages (nodejs, javascript, java, linux, bash, python, react native, android development, perl, css, jquery…). In these kinds of apps, most of them have ads. Ads that we can block with Netguard or Blokada.
EDIT: and also all manual of open source tools like kdenlive, gimp, audacity

Swipe keyboards (sometimes referred to as ‘swype’ or ‘glide(?)’)

They are keyboards where you have the option to run your finger over the keyboard keys. No tapping means that you can type some words 3 times faster. Doing a little loop with your finger is typically how you suggest a double-letter (eg. cooperative), not moving your finger means you are thinking about the spelling and/or pausing but intend to finish the word, swiping outside of the keyboard area means you don’t want to proceed with the word, cancel typing anything.

It’s often not great with small words but can be great for long words (> 6 letters approx). I’ve done some quick research and none of the FOSS keyboards seem to have swipe (or swype) functionality. One of the FOSS keyboards has other functions for swiping and so if it were to implement ‘swipe’ it may need to have another way to perform those functions (swiping from the spacebar perhaps?).

That’s my two cents for today.

If you already need a hex editor you should not be scared by a terminal-based tool:

The Termux app probably has a lot of hex editors to choose from, or at least they could be compiled using the app.

If you cannot use Termux for some reason like I do (only Android 4.1 device here), I compiled hx using only KBox2 (an older program with goals similar to Termux’s) and a few C preprocessor defines, and it seems to work fine from the KBox2 shell (not tested elsewhere), it even has color!

(hx would probably compile in any other C compiling environment on Android as it uses no library (not even curses!) and seems to cope with only Android’s libc.)

Of course all these terminal-based solutions have lousy Android integration: no “Edit with hex editor” intent above all…
hx, like any terminal-based program which might work in jackpal’s Terminal Emulator app could be wrapped in a Android app to allow it to start from an intent at least.
Not sure if Termux would allow this as well though: jackpal’s Terminal Emulator is the only app I know of which provides such easy integration.

Please note that for the time being I have no time to pursue any of this, as I currently only very occasionally need an hex editor.

Swipe keyboards (sometimes referred to as ‘swype’ or ‘glide(?)’)

The venerable Hacker’s Keyboard, though a bit long in tooth, has options for this mode, & I’m sure several of the others available in F-Droid main repo do, also.

Something along the lines of Gnome text editor, but android. Since i feel the tech editor side of android dev is SOOOOO missing

The venerable Hacker’s Keyboard, though a bit long in tooth, has options for [Swipe], & I’m sure several of the others available in F-Droid main repo do, also.

Are you so sure? I had a chance for an extra look at the Hacker’s Keyboard and in it’s FAQ, the developer explains why Swipe won’t be developed:

I do not intend to support [Swipe]. It would be a huge change since the Google Keyboard has diverged a lot since the time I forked the project, and backporting the new logic would pretty much be equivalent to a full rewrite.

Also, Hacker’s Keyboard currently supports swipe gestures to trigger actions, and this would conflict with using gestures to write words.

The developer seems happy to switch keyboards, from a User Experience (UX) perspective I doubt most people would want to do that. The FAQ also mentions how other functions are triggered by swiping, which is why I suggested that swiping from non-alphabet keys (like the spacebar or numbers) might perform other functions (note: swiping left-to-right on the HackersKeyboard spacebar already appears to be language selection. Could swiping down below the spacebar from anywhere trigger closing the keyboard for devices without a ‘Back’ button?).

HK calls it “Sliding Key Events,” & I think that means to say it won’t be further developed other than the minimal options there.

Thanks TPS, “Sliding Key Event” might be a good temporary solution but it doesn’t seem to be anywhere near as helpful as “swype”.

Based on what you wrote I did some extra research and discovered this about the AnySoftKeyboard. I’ll do some extra digging to assertain whether F-Droid has the Swype (Alpha/Beta?) version yet. It seems that @Izzy was trying to get it on his repo, though.

Can someone recommend a note-taking app that saves info privately (not accessible to file managers) and ideally supports encrypted export/backup? I’m sure there are some but at the moment I don’t have enough time and free space to try them all out

An Music player with visualization.

Not fully across the space so someone might have better ideas but have a look at encyption apps. Open Keychain allows you to type something and encrypt it immediately. Then there’s NextCloud is an open source storage system that puts you in charge of your own encypted cloud, for storage (EDIT: and I remember reading that Nextcloud works with Calendar and Note taking apps)

An app that supports sftp transfers with resume.

I just downloaded a large file with ghost commander using the sftp plugin, and my phone probably stopped the background process at some point.
Restarting the download results in the options skip or overwrite.

AndFTP to the rescue (after trying out Spider from F-Droid), which then had no problem to resume the interrupted download started with Ghost commander.

PS As I don’t program, my contributions to the FLOSS ecosphere are limited to financial ones alongside bug reports, feedback (here you go :-), translations and general promotion.
A big thank you to the F-Droid people, keep it up!