Hello,
Some of you probably heard about Apple and Google partnership to create contact tracing technology: https://www.blog.google/inside-google/company-announcements/apple-and-google-partner-covid-19-contact-tracing-technology/

I wounder if Google’s libs for this will be FOSS. It’s possible that it will be bundled in Play Services and using it will require having them on one’s device.

Some governments announced willingness to build apps based on those technologies and it’s possibly that they might make installing them mandatory.
This might mean that indirectly people might be required to have Play Services on compatible devices. I don’t see myself explaining why that app won’t work on my device and why I don’t have Play Services even though my device should have them.

Do you think that it is a probable scenario? What options do we have?

I think that the technology itself is very good and might protect people from COVID-19, but I’m worried about the possible Play Services dependency.

I think the scenario you described is quite probable.

By the way, the government can already track people because

What options do we have?

Leave our phones at home.

Leave our phones at home.

Hope they offer you that free call from the jail then.

If thing becomes mandatory in this emergency situation it will be hard to argue against the law. Sad…but true.

I’m not sure but maybe NetGuard could block the COVID-19 app.
There is an open source app:

6 things about OpenTrace, the open-source code published by the TraceTogether...

I’m not sure but maybe NetGuard could block the COVID-19 app.

Depends on Google/Apple, if they wish to subverse their networking system…

There is an open source app

Can’t see any links to the source code. 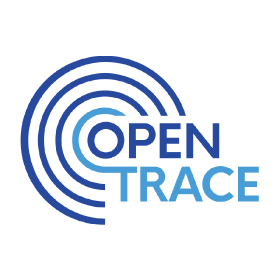 OpenTrace is the reference implementation of BlueTrace, a privacy-preserving protocol for epidemiological contact tracing to fight COVID-19 - OpenTrace

Calling this “open source” is a bit of a stretch.

GPL-3.0 is an open source license as far as I know.
Have a nice evening!
Stay safe!!

It depends on those libraries listed above, those ARE NOT open source. Hence you can’t build an OPEN SOURCE app out of it.

Some governments announced willingness to build apps based on those technologies and it’s possibly that they might make installing them mandatory.

Imho a ridiculous pseudo-discussion based on helplessness and despair. Nobody can be forced to possess such a device nor to use it or carry it with them. Will the governments discussing those measures pay for a round of smartphones for their citizens which don’t own one or how else should it work?

Are you sure? Or maybe you feel safe in your not-China like country?

I’ve missed those ones…
My mistake.

In order to achieve the goal a comprehensive supply would be required.
Though it could be hard to believe for members of forums like this, there are people out there, and not only a few, which don’t have a smartphone, amongst these especially the most threatened group that we allegedly aim to protect.
Do we plan to provide them with devices by force? And who would fund it, the manufacturers, the governments?
Unrealistic scenarios in Corona-mania.

Every solution creates new problems. That doesn’t mean that doing nothing is an option, you are right that not everybody has a smartphone. But then it can be a good tool for those who have one who also aren’t with a few.

I do hope you don’t underestimate the corona pandemic because you use the term “Corona-mania” . The victims of the pandemic should make you take the pandemic very serious! Especially for the group you mentioned that do not own a smartphone!

Yet you expect them to help millions of unemployed persons, right? What’s “cheaper”, an 60$ Android phone with a tracking app or people to check each person for temperature and well being every day?

Corona-mania! The question has to be isn’t there anything overestimated?
There are a lot of plagues on earth which costs numerous victims year by year and that we could attend to if we were interested in. Corona is providing a tiny amount.
Every 3 seconds a human being is dying of starvation. HIV, tuberculosis, malaria demand millions every year.
Since the beginning of count in December 19 we reached today 167,000 deaths worldwide. In a period of 17 weeks died about 300,000 people last year, without Corona and only in Germany. So, let’s set the numbers in a reasonable relationship and stop a incredible panic!
In general one may be curious what Corona will change? How long our sorrow about human lives will last when the crisis is over in our rich, saturated Western World, when those driven by poverty and hunger will be drowning in the Mediterranean Sea again?
I fear all our current demonstration of solidarity will be forgotten soon and insofar I consider our current concernedness as plenty mendacious affectation.

It’s like the argument of a smoker who claims that he/she doesn’t have to stop smoking because of the other toxic pollution.

This is about taking responsibility! A smoking person can kill another person because he/she doesn’t care and smoke in the neighborhood of other people.

With the same attitude any careless person can effectuate someone you love! Something is far away from you until the moment it does hit you!

Can we trust the Goopple’s … technological solutionism ?

The tech ‘solutions’ for coronavirus take the surveillance state to the next...

The role of the digital revolutionaries is to disrupt everything but the central institution of modern life: the market, argues Guardian US columnist Evgeny Morozov

Can we trust the Goopple’s … technological solutionism ?

I can’t send a file via Bluetooth to an Apple device, but now they’re connecting the whole world…