The C3 congress is a big conference focused on IT, open-source and privacy. In the past years, it took place in Leipzig, Germany, and had 16,000+ visitors. One thing that I really enjoy about the congress is that it is a chance to meet other open-source users and developers. The meetings about F-Droid (organized by @Bubu, I think) were among my personal highlights on the conference.

This year, the congress will be remote, which probably makes it possible for even more people to attend. While there is not an official announcement about the fee for visiting yet, I think that it might be cheaper than the previous years because there will be no congress halls to rent. The organizers of the congress published a call for participation (talks, etc) that must be answered until Nov 20 and a call for assemblies that must be answered until Nov 8 (that’s tomorrow!). Assemblies are a space that is freely shaped by volunteers.

Last year, the F-Droid meeting took place at the assembly of the CCC Berlin. I am wondering if it would be a good idea to register a dedicated F-Droid assembly. That would allow to provide space to discuss open-source Android projects. Some ideas about topics that could be discussed:

Is anyone here interested in organizing an F-Droid assembly? I know that I am pretty late with this (deadline is tomorrow - Nov 8) but maybe there is a number of people here who are interested. To be honest, I do not know much about how to organize an assembly - especially not how they will look like in the remote setting. It would be great to have a space to meet F-Droid users and developers, though!

Generally online events aren’t really my thing, but in case there would be some F-Droid related events, I’d surely participate!

The problem is that this would require people who organize the assembly. I can’t do that alone. I guess it would be easier to just meet at some already existing assembly instead of organizing our own.

I would join if this happens.


“December 27-30, 2020
Online and in your local hackspace with your preferred infection community”
I think that’s not the greatest translation…
ByteHamster November 12, 2020, 7:19am #6

Anyway, I was mostly thinking about the online event, not the in-person stuff.

The remote congress will take place on a virtual map that can be designed freely by assembly creators. It will look similar to the maps in video games (image below is a screenshot from an unrelated game) 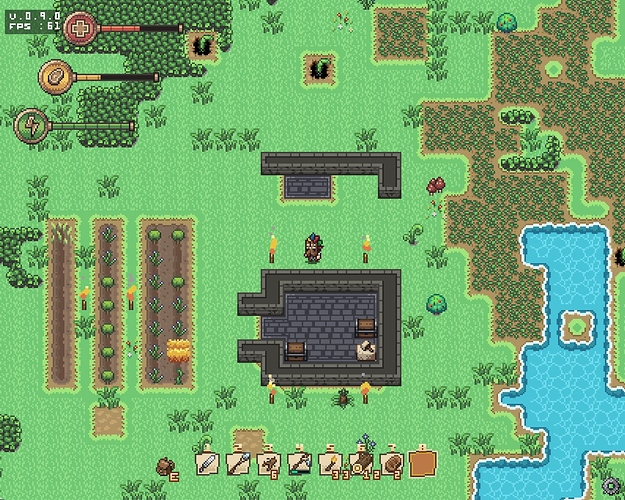