In addition, show number of ratings and average rating of the app. Also allow other users to see comments. I want to get away from play store,but It is much harder on fdroid to find out which open source app is better than other open-source app.

**Expected Result:** * Having a way to read and submit ratings and comments for all the apps in f-droid, like all the other proprietary stores do **Client changes:** * A...

Wouldn’t that be the beginning of bias monopolies ? 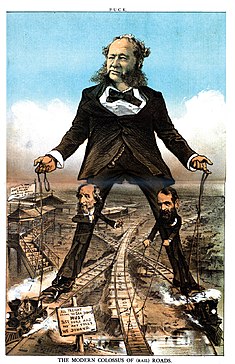 A monopoly (from Greek μόνος, mónos, 'single, alone' and πωλεῖν, pōleîn, 'to sell') exists when a specific person or enterprise is the only supplier of a particular commodity. This contrasts with a monopsony which relates to a single entity's control of a market to purchase a good or service, and with oligopoly which consists of a few sellers dominating a market. Monopolies are thus characterized by a lack of economic competition to produce the good or service, a lack of viable substitute good A ...

I guess good timing, I have been working on an open reviews project: https://mangrove.reviews
It includes free license dataset, open api and a web app. Happy to adjust anything to suit the needs and host the data. What may be interesting is that the current setup does not require reviewers to create traditional accounts, which is nice for privacy and easy of use.

I think ability to review applications to help others find something useful is becoming a bigger need as we have more apps.

@Licaon_Kter I’ll check out the issue.

Interesting, thanks for the info.

Please have a look there.

Allow user to rate app. In addition, show number of ratings and average rating of the app. Also allow other users to see comments. I want to get away from play store,but It is much harder on fdroid to find out which open source app is better than other open-source app. Another view like most downloaded app will help new users to onboard faster, as they can find all good app they need. Instead of trying of 5 apps and then picking one, and deleting rest 4 of them.

i actually don’t care so much for reviews on stores. the rating average does end up as a metric for a somewhat good ux or not, but not much beyond that. the reviews? they’re too many to read, i rather just test the app.

no, i don’t think this system or the popularity contest would do f droid any good!

mangrove is a neat idea! i hope you guys can give @keorn a chance. and it can eventually become a better rating system on its own ( some food for thought here the rating scale - cregox and there ncase.me/ballot )

i do love to make notes for myself, to help me organize. and even better if they’re shared with the developers. and i don’t care if they go public. they might help someone, if they’re lucky.

. If you don’t bother your existing users to ask for reviews, all you get are from those hitting obscure bugs with one liner ‘doesn’t work’ “reviews” instead of support requests where you could actually help them.

imho a useful metric would be what the OP kind of hinted at… retention rates… if people install 5 apps and delete 4, it would be nice to know which once they kept. I know fdroid is a bit against install statistics… but imho having an app with 100k installations, but 1k users might be worse than having an app with 100 installs but 20 users…

let people vote with their phone’s memory instead of stars

From a user’s perspective it is valuable to have an indicator how an app is perceived by others.
For instance, if searching for a note taking app you get dozens of apps in the search results. I am not even sure how they are filtered and sorted: The results on my phone and the website are way different to start with.

Anyway, my workflow is: Check out the description briefly, check the screenshots, permissions and update frequency. Maybe check out their repository. Then, I install a few apps, try them out and stick with one.
For me it’s not a big issue, I have my go to apps for each area but for a new users this can be overwhelming and an instant turn off. Still, it would help me find new apps that could replace current ones.

No, who said that?

I guess it was implied by my support for metrics

It might be possible to anonymous such retention stats easily, but not sure if not tracking individuals makes it less Big Brother-ly.

on a second thought…

i still like the instinct behind the idea of retention rates… trying to figure out some practical, automated, and easy way to facilitate finding apps that are generally useful.

but yeah, more than being some sort of tracking, it’s some sort of summary and average, which when left unchecked will lead to the same issues as any metric, including abuse from the apps… and simply implementing it as such (without any further planning) will probably trigger this path.

i honestly would be glad with just being able to easily take personal notes and reading randomly assigned notes from others. leave whatever kind of rating for later. making the random assignments really random in itself could be quite challenging enough and rewarding if done with care…

randomly assigned notes from others

not sure what that means, but this got me thinking, the opposite would actually make sense… instead of random notes for an app, you should see all notes/reviews of a user for all apps within a category.

Imho looking at a single review in isolation adds little value, but if you could look at all reviews of somebody who looked a 5 different apps before choosing one, that could be useful

(that was basically my first thought… if you check out X apps, and choose one, and write notes… that sounds like a review blog to me

i would default the “all reviews by this user” to “order by desc date”, though. the category filter could be secondary.

they’re also complimentary (rather than opposite). and, just a reminder, to be applied on mangrove.review actually (from @keorn on the op topic, hope she will read this).

randomness is essential to our life and sanity.

and it’s indeed a complex topic on its own. at this point it’s easy to think it’s about trust, because it’s also true… but i deviate…

in practice, my suggestion to add random comments isn’t to do that exclusively. by all means, add smart filters and new ways to visualize the data. and keep creating them. that’s also essential.

the idea is that the default view is made simply by random assigned notes/comments. as random as possible.

(the best way i know to determine the best digital random results is to use local noise… but that’s going a too far for this topic. the default random function will work fine. eventually i want to see all random functions to do that as a standard in every machine, though. especially good and easy for new devices.)

is there any way to leave this topic open for indeterminate amount of time?

or rather, why are topics even closed in just 2 months (with no replies)?

perhaps i should start a new topic about this…

lol, ok… not quite what i had in mind (always trying to automate everything), but it works for me right now!

I discovered f-droid during pandemic last year. So far my experience with f-droid have been pretty good. But i have a few complaints. The app function pretty well but UI is kind of outdated. I am fine with that because there are client like aurora-droid. But my main concern is the lack of rating & review system like we see in appstores like playstore,apple appstore etc. F-droid needs a basic rating&review system if it wants to be more palatable to the general user like us.