Wookey wallet is a total scam!

I transferred a little over 14 manero into wookie wallet yesterday. The transaction completed everything’s right until it hits that wallet. I’ve tried contacting this company with absolutely no luck. I see nothing but complaints on this site saying it’s it’s a scam. What the hell??? Does this just mean I’m out over $4,000??? I downloaded this wallet off of Google’s app store. Do they not vet these apps? Or has Google sold us out that far? Anyone that has had the same problem or has solved this problem I would love to hear from you. Thank you

I don’t believe Alphabet does a detailed review of the code being used in apps. Scam apps only get removed when enough people have been scammed that they make reports about it. There were data stealing flashlight apps in the app store for months if not years before Alphabet noticed it. I don’t know anything about Wookey Wallet so I can’t comment one way or the other.

The last update for the wallet was almost a year ago…
Assuming you mean: 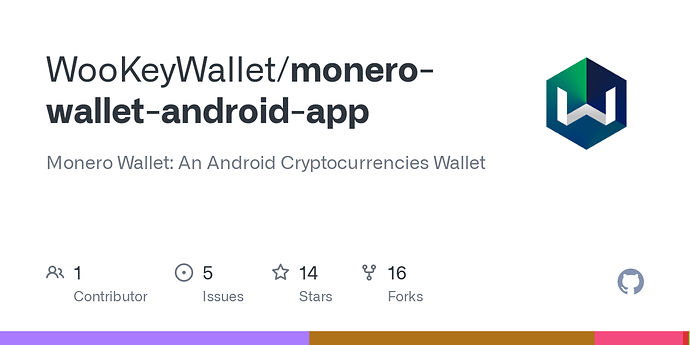 Monero Wallet: An Android Cryptocurrencies Wallet. Contribute to WooKeyWallet/monero-wallet-android-app development by creating an account on GitHub.

There are bug reports about the android wallet not syncing with the monero network.

My answer won’t directly address your question, but here is my advice:

Never link 3rd party apps to manage your finances, not even allowing them to simply read and present info in one place. It doesn’t matter whether the app is available on the official App Stores.

I downloaded this wallet off of Google’s app store

I am not sure why you are complaining to F-Droid when you didn’t even get the app from here.

Anyway, I see no benefit in keeping this map in the main repo, so I’ve created a MR to suggest archiving it. Let’s see what the rest of the team thinks: https://gitlab.com/fdroid/fdroiddata/-/merge_requests/9844