Who is the developer of Fennec F-droid

Does anyone know the ones who developed Fennec F-droid? At first, I thought it was Mozilla but later I noticed it shouldn’t be Mozilla. As you can see, if it is developed by Mozilla, the GPC should be green instead of red. Mozilla is supporting GPC and Fennec is not. 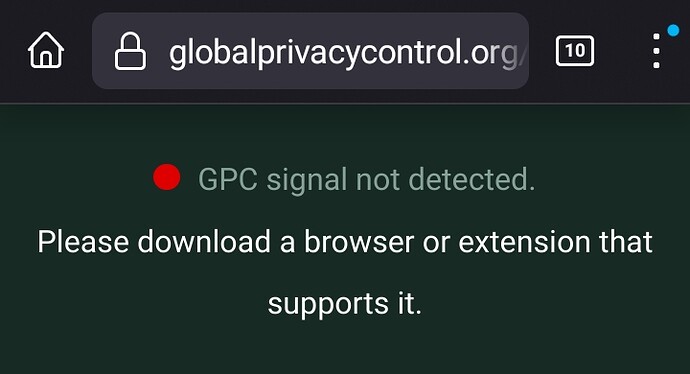 This is still an experimental feature that isn’t even default enabled on desktop Firefox:

UPDATE, December 2021: Global Privacy Control is now available in the general release version of Firefox (Firefox 95). People interested in turning it on can follow the steps outlined below. ...

Firefox Android (Fenix), consistently lags behind these kinds of features compared to the desktop version.

Oh I see as the source code at F-droid directed me to source code by Mozilla. Thank you for your information.

Firefox already has a do not track me flag for over a decade built into the browser that only made it easier for someone to track you as you had to manually turn it on. How is this different?

relan mainly patches out non-free libs. Some tracker are also removed or disabled. Those patches does not protect you from the trackers on websites. They are used to make Firefox complies with F-Droid’s policy.