What do you think about Spotify Dogfood

i use this whith open vpn for android https://f-droid.org/packages/de.blinkt.openvpn/
and proton vpn https://protonvpn.com/
config files or ultrasurf from GP.

Why you ask? Do You think is not safe app?
I’m interesting , how do we know if safe or no ?

what’s going on in this thread? I’m super confused.

Oh, for a moment I thought it was a spam post

The linked repository provided patches for the official Spotify app. It looks like you’re supposed to fetch the Spotify APK, unpack it with apktool, apply the patch from the version tag in the repository (which also includes binary changes to native libraries), and put the APK together.

While some parts of the patches are open, some binary changes aren’t. And the original app is closed, so I don’t think this app would be eligible for inclusion within Android. Redistributing the modified APK is probably not allowed either.

I can simply install the spotify-dogfood application from the download .apk file.

For me on f-droid there were not enough two applications and I found them on github.the first is Spotify-DogFood, the second is the browser
With the included video and audio codecs: 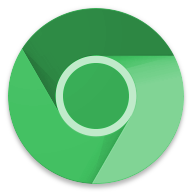 Sorry for my English