Lots of strings of website is taged as Needs editing though there is no change. 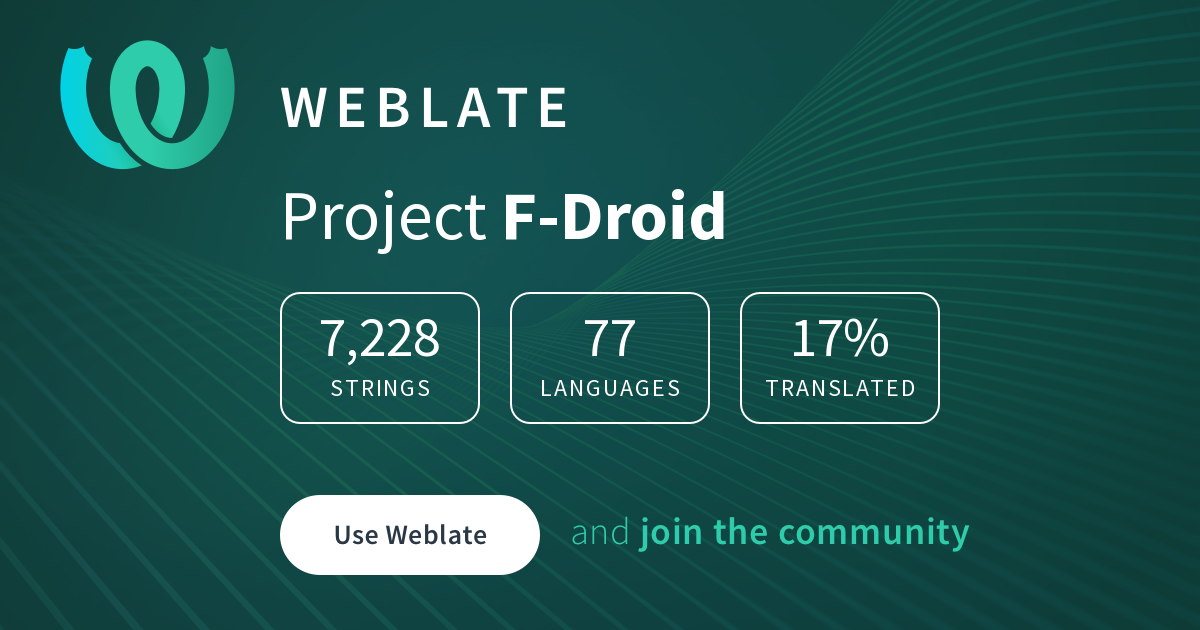 F-Droid is translated into 77 languages using Weblate. Join the translation or start translating your own project.

I have check all those strings to make sure they are correct, is there any way to tag all of them as translated?

There probably is a way, the hard part would be the selection logic. Or you want to remove the “needs editing” mark from all strings?

I have check all of them so remove the mark from all strings should be OK.

Which “selection logic” made them to strings that “need editing”
if they were already translated and actually unchanged? Sometimes
I can’t understand Weblate’s behaviour.

As far as I know (and have seen), the mark " Translation : Needs editing" can occur in Weblate when source string has changed (which make sense).

Have you an other experience?

I have check all of them so remove the mark from all strings should be OK.

Question: when you have reviewed these strings, were you able to “uncheck needs editing” ? … that’s the way I proceed (string by string) but it may require additional credentials for your account.

235 of 313 strings of website section were marked as “Needs editing”. I argue
all of them are translated and none of the source strings was changed. So why did they got this label?

Yes, I can. But there are too many strings…

I wonder if whitespace changes would mark the strings as “needs editing”? I tried to keep the whitespace clean and standardized to avoid this. But that might have been the cause of this specific incident. @linsui do you know when it happened?

Oh wait, I think I know what happened: we imported all of the Android Permissions strings from the Android OS source code. We included all the translations also. So I’ll bet all those new strings+translations were imported as “needs editing”. Did any old strings get marked?

In my opinion, we should stick with the official translations for those permissions descriptions since users will be used to them from seeing them on their phones.

Here’s an example of those new strings:
https://f-droid.org/packages/org.fdroid.fdroid/#1.7.1

I guess you are right. All of them are about Android Permissions.

Ok, I just found the Tools --> Bulk Status Change tool in Weblate. Can you see that tool? I went through and unmarked all of the permissions strings as “Needs Editing”.

No, I can’t, maybe need privilege. And it seems all strings are marked now…

So I think @critdroid and @linsui have been working on F-Droid long enough that we should consider granting admin access to Weblate. Right now, it is just @kingu and me, basically. The hazard is that we only have two levels: full admin or anyone else. So whoever takes on admin needs to realize that even small changes to the weblate admin can cause major breakage. It is manageable as long as admins ask before changing something new. Addons are especially hazardous, but also easily avoided.

Revision or editing is the phase that follows translation. Editors check the target-language content against the original, and ensure that the message from the source text delivers the intended idea accurately. After this bilingual check, they make sure that the paragraphs read smoothly and are clear.

@linsui (don’t know who you are, but will report back once I do.)
Weblate doesn’t have a good way of communicating the level of certainty, for source and translation, and everyone in each language shares that one binary flag.

@hans and anyone else, Don’t remove “Needs editing” if you don’t know who put it in there. I do it to keep track of

The “source string ones” (it isn’t always possible to mark the source string as needing edits) often stay marked longer, because fixing them is often more effort, meaning I do it when I think there are enough to warrant a pull request/merge request.

So just because the translation checks out in every way, it doesn’t mean the needs edit isn’t to do with the source.

The situation is improving overall for me, but there is a lot of effort floating around in those statuses, at-least look to see if they are all made manually by the same neurotic person.

Example, if you look at https://hosted.weblate.org/projects/f-droid/fdroiddata/nb_NO/
you will find I had all the source strings needing work marked as “needing work”, but now there are just 3. The problem is F-Droid admins have this idea that one patch with all of them is bad, and that instead they must be many small ones, which would just tenfold the amount of effort it takes to fix about over half of the strings. It is possible to just script the adding of commits, and go through reviewing them serially, but alas. Already spent the time looking up things, editing it directly would have been the kingu way. Well well, in another life.

I never manually remove “Needs Editing”. It could happen based on the
automatic sync processes. Please report when that happens so we can
figure out how to improve the workflow. A new grant is funding work
starting in January to improve the workflow around Markdown text.
@uniqx and I will be working on that.