Simple way to publish websites as apps on F-Droid

I am developing several apps which are basically websites with a simple wrapper of an Android app.
I like to publish them to F-Droid in a very easy way that does not require touching Android code. Who else has thought about that, yet? Who else has that use-case and what is your solution? Are there links to apps like this?

What do your apps provide above the websites themselves? I can’t see the points the make a website wrapped as an app instead of a bookmark.

They can’t be PWAs?

I tried bookmarking - it does not work for multipage sites. I make JavaScript apps running offline.

Also, I would rather have answers on my questions instead of value discussions.

Should it not read LMDDGTFY, when you actually did the same?

Also, trust me not everyone is aware of things. No matter of a dev or not.

You actually mean “html/js app” right? The website (as in hosted on the Internet) is not actually used/connected?

I don’t know if this will work with HTML/JS shipped with the .apk though.

Also, I would rather have answers on my questions instead of value discussions.

Well, one doesn’t come without the other. If it’s about apps which are basically nothing but a webview wrapper, we usually do not take them in as we don’t see them adding value (a browser can be used, and there are many other ways to “bookmark”). So without that clarified, the answer might be a simple “No” – which you certainly would not like

Great Fire has a website called AppMaker (https://appmaker.greatfire.org/) which takes a web url and builds a wrapper Android app around it

This seems to just generate a .apk file, no source code or anything, and won’t be acceptable for publishing to F-Droid.

It also generates a 98.5MB(!) APK for https://example.com/, which just personally terrifies me.

Definitely not right for all use cases, but it includes a bunch of tools for getting around country firewalls and filters included in the APK (probably related to its size).

I have a similar problem - I have a bunch of html pages for documentation and similar. On older Android versions those were files, Bookmarked the index page and they were easily accessible from every browser. Nowadays… most browsers don’t even appear to support file URIs and Android file access framework does complicate things even more.

I thought about installing a simple HTTP server but those in F-Droid don’t appear to be good enough even for this simple task so I might end up setting up a web server inside Termux.

Anyone has better ideas? 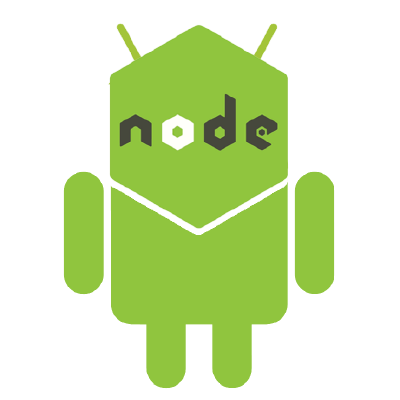 Built android apps with JavaScript, HTML and CSS based on Node JS

What’s the problem? Containing the package the full app+content*, so offline and standalone.

I understand everything is opensource/creative commons.
From my user’s perspective, i don’t mind if it is a native app or a webapp, as far as it is opensource

Hello and thanks for all the answers!

I had a read on PWAs and they seem to be very nice!
What I am looking for is a very easy way to add them to F-Droid.
I wrote a little draft and request comments (and value discussions are ok

In short: It seems to me that developing PWAs will be growing more and more popular. However, they come with more ways of not giving users privacy and freedom. Google has a way to easily publish PWAs. F-Droid can do that, too. I have about 4 HTML/CSS/JS apps that like publishing. So, it is a use-case for me to bundle the effort into one way that makes updating common code easily.

What I see makes a difference using F-Droid for my PWAs:

The proposal adds a simple way that just uses the PWA code and wraps and app around it. How it does this (Implementation) is to be discussed.

I am happy to hear your input!

Maybe on pinephone with mobian?

Good luck, but PWAs may be in the opposite direction I’m heading:

I barely know a dozen or so conventional apps I want added on (stripped down) Android, and a fourth of those are for checking the other 9 apps.