Fdroid Apps list / descriptions are displaying a ton of Chinese text (in some cases more then English - my preferred language).
For example clicking on AntennaPod app shows mostly Chinese text, which I cant read. 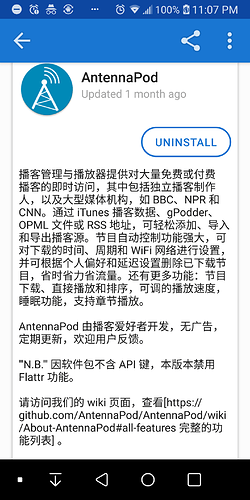 There doesn’t seem to be a setting in F-droid to turn this off.
My Android phone is set for English as main language, Hong Kong Cantonese as a secondary (for verbal to text translation).

Anyone know what’s going on & how to fix this?

Btw, since I am a new user here I am not sure this post is being seen by others.

What kind of English? Can you setup it as English (US) and retry?

So I use English (Canada) but added English (US) as my main language & Fdroid fixed itself after I refreshed the repos. 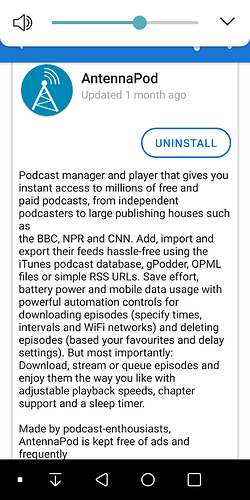 But doing so messed up my phone (needed to reboot), and it might affect units (lbs/miles instead of it/km; havnt verified).

I will switch it back to just English (Canada) and see if the issue comes back.
…
Okay the issue came back. I rebooted, removed English(US) and made English(Canada) the primary language, and the Fdroid language issue comes back after a repository update (I added FDroid archive repo to force update to work). The Chinese text is everywhere again & and AntennaPod app info looks as it did in the original picture.
So it looks like Fdroid isn’t reading Android’s Primary language setting properly, at least when it is set to a non-US English dialect, and a work around (that causes other phone issues) is to use English(US) as your cell’s primary language… which I really rather not have to use. 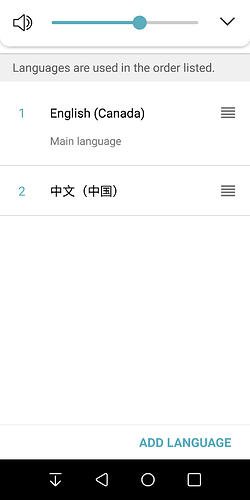 Error detecting primary language (fully?), so defaults to next language in the list?

… and results in this through-out FDroid: 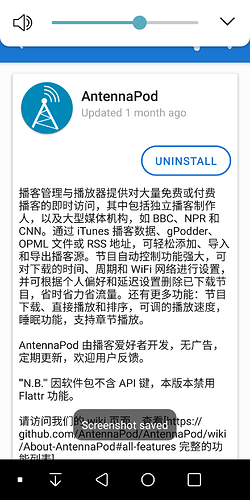 Defaults to en-US yes, but if you don’t have that…next…does Canada have the info translated (from English to English lol)? No…next…Chinese…translated? Yes…show that…

It is following your preferences: since en_CA is not available, it then shows zh_CN. If you prefer en_US over zh_CN, then you should have these locales:

Ah, that is an idea (en_US second)!
Any idea why en_CA isn’t understood in Fdroid?

Any idea why en_CA isn’t understood in Fdroid?

That’s not what he said… he said that the current translation covers only en_US and Chinese, so F-Droid can’t show you what doesn’t exist.

Okay so I guess that means each App in Fdroid has an independent, separate, set of language translations?
Because this language issue is pervasive throughout many Fdroid Apps, not just NewPipe.
Can’t Fdroid pass en_US to the App if it doesnt contain en_XYZ? 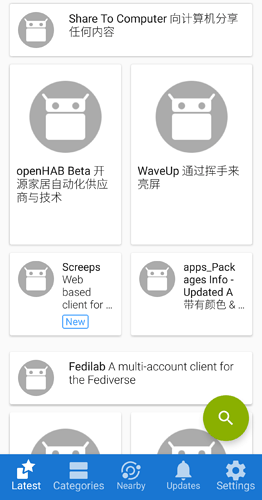 Okay so I guess that means each App in Fdroid has a separate set of language translations?

en_CA is recognized but no one has made en_CA translations. For
example, the texts all have colors and analogs, not colours and analogues.