How does F-Droid suggest a version of an application?

After a long time, K-9 mail application maintainer has released a newer version on F-Droid but newest version aren’t suggested neither by F-Droid client nor website. So my question is that, how does F-Droid suggestion a version of an application? 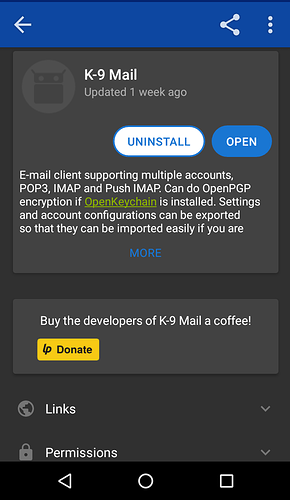 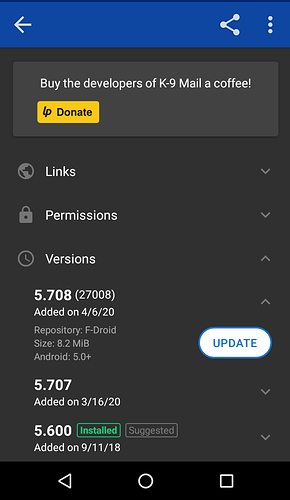 Is it because those newer releases aren’t stable like version v5.600?

The recommended version is specified in the metadata file, see CurrentVersion and CurrentVersionCode in https://gitlab.com/fdroid/fdroiddata/-/blob/master/metadata/com.fsck.k9.yml.

Is it because those newer releases aren’t stable like version v5.600?

I expect that the next stable release to be version 5.8.

But nobody knows, there will be how many pre-releases before a next stable release; anyways that’s what software is supposed be.

It’s not marked stable for a good reason. I’m on the “uneven branch”, so I see the difference: while the app is quite stable, it’s not yet feature-complete. There’s a full UI overhaul in progress to make the app look more modern. Looks good already, but you e.g. cannot (yet) mark multiple messages (like in 5.6* you can swipe a bunch, and then delete the entire batch).

So unless you’re too eager for the new looks, better wait for the stable one. I mostly use K-9 for a quick lookup on mobile, so I can live with some missing features (but that marking is one I really miss).

@relan, while it’s defined in the location mentioned, where/how is f-droid getting the information that a particular release is “suggested” from the relevant repo or is setting of CurrentVersion and CurrentVersionCode a manual process?

@flossie, CurrenVersion and CurrentVersionCode are updated automatically (to the latest version) if AutoUpdateMode is enabled. Otherwise it’s a manual process.