F-Droid is featuring various Firefox builds and none of them get updated with critical patches (fast enough). Here’s that -partial- list, in no particular order:

The issue in question:

What’s there to be done about this, pls., tnx! 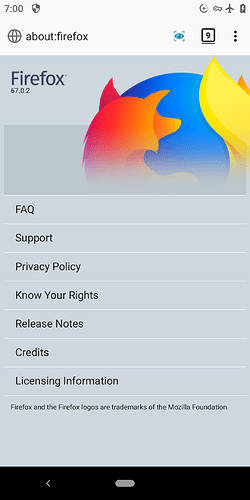 Just btw., I am not affected as I’m using the gHacks (pants) user.js (hosted on GitHub and mirrored on GitLab) config file, which can be injected to a non-rooted Android device using Firefox Developer Tools:

… And here’s the heavily-edited file which I’m using, in case anybody needs it:

Below a few missing /and extra-modified about:config entries, some need to be set, some reset to default: depending on your -personal- preferences…

The file is made for desktop Firefox (the way that I use it) and there are redundant /extra settings for Android. I would probably need to add more entries to the list!

(There are settings which break functionality and especially so in the original file, as it’s built for Tor; for privacy and security - and against tracking and fingerprinting.)

EDIT: For example, even though I’m using uBlock Origin (together with Decentraleyes and a few more add-ons), the internal Mozilla blocking systems are left on - so, the browser IS connecting and downloading those -various- blocklists from them; and btw., the user.js does “sanitize” some of those requests - it’s documented in the file.

Fdroid is known to have a week or so lag between a new release of an open source app and the time it is available for users. Personally, given that f-droid is a volunteer driven organization, I accept that extra risk.

I understand the problem if your threat model makes this security risk unacceptable, however it is not fair to blame f-droid contributors if they don’t have the resources to identify, test and deploy near instant updates.

F-Droid should handle browser more important then other apps to fix it ASAP (not only this important 0-day).
It’s sad a Webview/ Chromium browser is ATM more secure then Fennec because of slow update

[…] not fair to blame f-droid contributors

Thank you very much for the replies; I apologise if anything in my posts had indicated any sort of hostility!.. Not my intention, at all (!), I get what and how is the whole system.

Speaking of which, may I also mention how STRANGE F-Droid gets - with certain things disabled on the phone… This is what it looks like, it’ll only sometimes load (some) images and apparently randomly to make it more confusing: 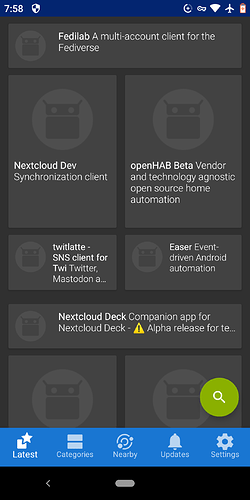 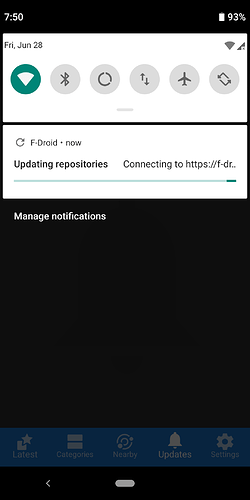 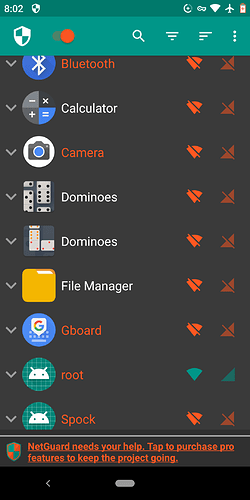 EDIT: Most probably, it is “Spock” - it’s somewhat hard to wrangle this Mi A2 into submission (without rooting. :))

What does “not blocking much mean”? You need to allow F-Droid or uncheck apply rules.

Works fine with Netguard on multiple devices here for me, so it’s a configuration issue on your side.

Did you slide the Wi-Fi and mobile data sliders in F-Droid Settings all the way to the right?

It’s crazy, had to set “Data limit” to 0 B as not to have it auto-activate under certain conditions. No big deal I guess, haven’t been able to figure out what’s blocking and firewalling what.

What are we to do, if anybody knows of plans to keep the build cycle up with releases? 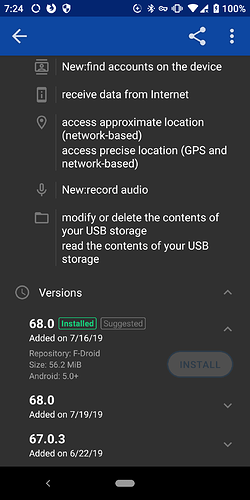 As of writing, our build server compiled Fennec 68.1 for arm and x86, currently building arm64.

What’s the status on that for F-Droid?

Status? I’ll continue to push Fennec 68.x updates. Someone will have to add Fenix if they want it on F-Droid.