Does paid/subscription based open source projects allowed in FDroid?

It may still be too early for me to ask such question. I would like to know if it’s acceptable to publish an open source paid/subscription application in FDroid?

My application(Non-Android at current moment and uses Windows) which consists of total endpoint encrypted(does not involve any user’s secret on server side which includes password/passphrase and uses only PKCS[Public Key Cryptography System]) file storage and a secure database client application(does not really need to post to FDroid due to it’s mostly used in server/application) which both uses PayPal instead of Google or IOS store payment.

Currently my application requires certain fixes and patches before I can work on Android version through Xamarin. It also currently runs in PayPal Sandbox instead of production environment. 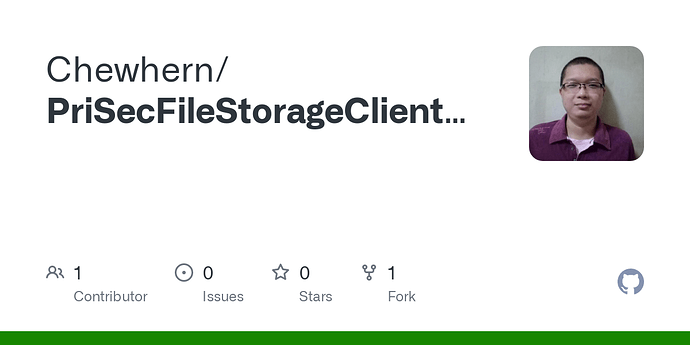 Contribute to Chewhern/PriSecFileStorageClientApplication development by creating an account on GitHub.

The FOSS part covers the code, not the functionality. We have apps that connect to sites, either if you need to pay or not for an account is something else, not the point of F-Droid. Better yet, it might be a good thing for FOSS, to make it sustainable.

Thanks for your clarification and response.

But currently we can’t build Xamarin apps so your app can’t be published on F-Droid.

, because I wasn’t sure if I can make it work on Android yet… regardless if it’s using Xamarin or plain Android…

We already have a few projects on F-Droid that are part of a paid service, like SimpleLogin. So sure, as long as the app itself is libre.

Are there any official format for signing the application and releasing the public key? Can I just use libsodium open source cryptography library to do it instead of relying on OpenSSL or certificate or PGP? In C#, there’re 3 suitable data types to distribute the signed application and public key which are Byte[]-Unsigned 8 bits integer array in C#/Byte[]-Signed 8 bits integer array in Java, Char[] and String, majority of cryptography community settle down on using Base64 encoded string to distribute any cryptography related content, does the public key and signed application needs to be in Base64 encoded string?

Here at F-Droid, the machine will build and sign the APK with the F-Droid key…

Oh okay thanks for informing

(Let me know if I should make a new post instead of posting here).

I would like the people on F-Droid with either Linux/Windows machine to be a tester in using my applications. I really need suggestions or feedbacks from you guys on how I can make it better.

Contribute to Chewhern/PriSecFileStorageClientApplication development by creating an account on GitHub. 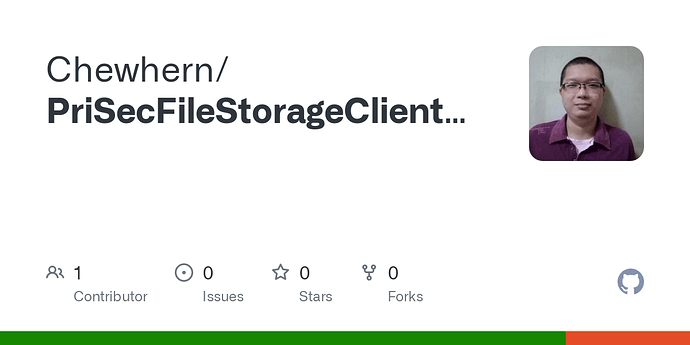 Contribute to Chewhern/PriSecFileStorageClientApplicationWeb development by creating an account on GitHub.

I would appreciate any suggestions/feedbacks. If there’s none I will be using the code and the logic to start to make a mobile version.

@Chewhern
Some (armchair) feedback:
For the web version:

For the non web version:

Confidentiality/privacy can only be achieved if both party knows what they are doing. By making the server user secret-less, it’s not in adversary or hacker’s interest as the server has lost the value to be attacked. This application or my other application relies on cryptography RNG to ensure each key(symmetric encryption key and private/public key) was generated with strength equal to a random strong password. As the server stores only the publicly disclosable information, finding the user’s private key through public key was impossible(before big alien quantum computer). If relying on cryptography RNG, it means that any private or symmetric encryption key mustn’t be lost else there’s no way to recover.

There may be more reasons why server needs to achieve almost perfect user secret-less is the only option in the long run for both privacy and security community… I will put my reasoning and what exactly this is in the documents.