What are the issues fdroid have about security?

Can you guys admins lookinto it and try to solve issue as fdroid is the only trusted and security first store. So any flow shoud be patched asap. 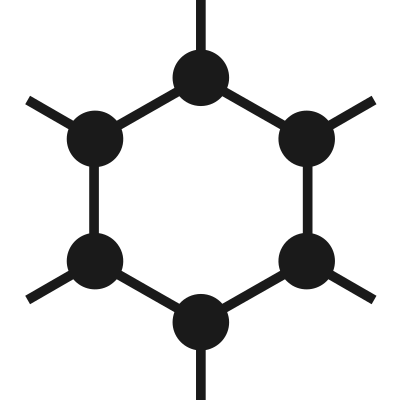 @GrapheneOS
@a_j422 F-Droid has serious issues with the approach to building, signing and distributing apps. It has a lot of security issues and is years behind the Android platform. They also use flawed legacy signing for metadata and many apps along with targeting API 25 (Android 7.1) for F-Droid.

Secure PDF Viewer app version 12 released: https://github.com/GrapheneOS/PdfViewer/releases/tag/12 …. See the linked release notes for a summary of the improvements over the previous release and a link to the full changelog.
Is it safer to download app from official fdroid repo or same as downloading direct from github?
Morgoth February 25, 2022, 7:56pm #2

Apps are built and signed on a server

I think this is false, apps are not signed on a server.
GrapheneOS is well known for being slightly inflammatory in its statements.

But i know they are well known for a privacy friendly secure google alternative os. I could be wrong and they also could be wrong but as they have stated we should provide graphene a statement and shot it out

Tbvh, no one OS is fully secure. No matter what and how much you try, there are always flaws. F-Droid is maintained literally by people who aim to make it as secure as possible. Still if some OS or company states otherwise, then they should approach with a solutuon rather than just stating it is this or that. @Morgoth, first of all I apologies for my behaviour on other topics with you. Even if we agree to disagree on anything, I simply think my approach was incorrect and we are all here to make the community secure. Agreed we all have our opinion, understanding, ideas and all, but one (read=Myself), should be open to thoughts and be more fact secure.

For @human, trust me mate. F-Droid even if as per GOS way behind is still the only store that gives what it takes for people to get. GOS or eOS and all can say what they want, but they do not come forward with solution, and then they expect others to be flammed by stuff otherwise.

Micay (GrapheneOS primary) may be a talented programmer, but I would never trust his judgment or believe statements like this or

The primary person working on it is a known malicious actor involved in underhanded attacks on GrapheneOS.

from the same tweet link, without proof. For one reason why, see Micay’s statement: https://web.archive.org/web/20201105202650/https://grapheneos.org/legal/Micay_%20Copperhead_%20Statement%20of%20Defendant%20and%20Counterclaim.pdf , particularly item 22 at bottom of page 6.

That said, nothing is completely secure, and everything can be improved.

Yes i know that but we can minimize the attack surface by resolving the issue if any that graphene mentioned we can ask graphene in twitter about a constructive suggestion and what is the issue actually so we can think and resolve that they provide something about signing method of fdroid so it is not a big issue so we can look into it.as there are lots of us trust fdroid blindly and there is no reason not to trust so i hope you guys understand what my concert is.

I would happily address any known security issue in F-Droid. Graphene mostly tweets out handwavey claims with little to back them. And then they’ve blocked most F-Droid and CalyxOS devs on Twitter so we can’t respond there. Daniel Micay is a talented programmer when it comes to hardening. Security is more than hardening, it involves understanding people, risks and tradeoffs.

I strongly dislike Twitter, but it’s fun to see how much more I see in this case by ignoring the SignUp and LogIn buttons. Blocking selected accounts is funny, but it can have its place…

They are in a plan of harassment and demolition. It gives me that they want to keep what is only ours is safe, private and others… And not the rest…

Because we were also talking here Privacy On Phone - #79 by gallegonovato for this article F-Droid: how is it weakening the Android security model? | Wonder's Lab

If you can it would be very good

Issue is there about signing please do look at it also

F-Droid: how is it weakening the Android security model?

F-Droid is a popular alternative app repository for Android, especially known for its main repository dedicated to free and open-source software. F-Droid is often recommended among security and privacy enthusiasts, but how does it stack up against...

We talked about that in Privacy On Phone - #82 by Licaon_Kter