@sorenstoutner Sir, I see You are Developer of Privacy Browser. First of All, I would like to Thank You. Its the browser I’ve always wanted to use and I liked it a lot.

But I have a issue on Default Search Engine. I know its almost the best I’ve ever seen. But Recently Large Stake of StartPage is acquired by System1. I would like to ask that do you any plans of changing it? If yes, Why? If not, Why?
P.S. I’m always curious on Privacy Browser plans.

As you will notice from the second link I posted above, I am quite critical of Startpage. However, they are better than DuckDuckGo in the following two ways: Their search, particularly their image search, works well with JavaScript disabled, whereas DuckDuckGo’s image search with JavaScript disabled is difficult to use. This is such a critical issue that it is hard to overstate. Even if you are dealing with a distrusted entity, they are very limited in the ways they can compromise your pri…

If you haven’t already, you might have a look at this

Requirements for a Search Engine to Be Included – Stoutner

I see that the reputation of my own links precedes me.

If you are interested in a third-party take, you should take a look at what PrivacyTools has to say about it. 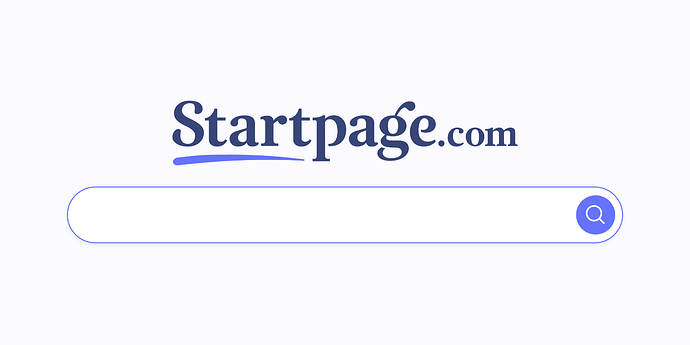 Dear PrivacyTools community, In October 2019, we learned that System1 had become the majority shareholder in Startpage.com via a new System1 subsidiary, Privacy One Group. Due to the uncertainty surrounding the acquisition and the initial lack of...

The short version is that their initial concerns about System1 have been adequately addressed.

If you are interested in a third-party take, you should take a look at what PrivacyTools has to say

Privacy tools is not reliable, nor timely, IMO. Beyond using microsoft’s dis-service, github, they have 64 open Issues tagged Research Required. Some are two years old. 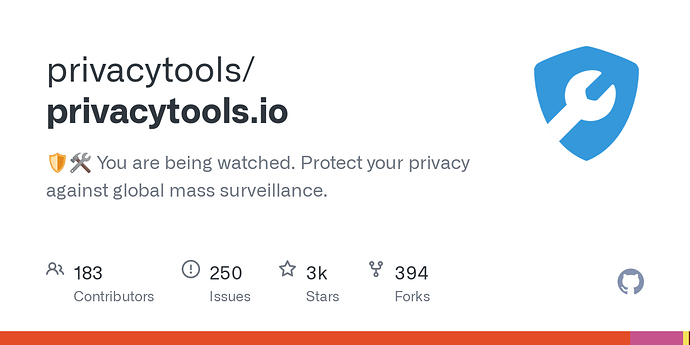 🛡🛠 You are being watched. Protect your privacy against global mass surveillance.

they have 64 open Issues tagged Research Required. Some are two years old.

I won’t argue with you on any of those points.

The reason why I referenced PrivacyTools is that most people who have raised concerns with me regarding System1 and Startpage became aware of the issue based on PrivacyTools temporarily delisting them. But they often are not aware that PrivacyTools relisted them after having their concerns addressed.

From my own personal perspective, as described in the previous links to the things I have written about this subject, I am most concerned by the behaviors of a search engine. Startpage has a number of problems that I don’t like, but so far I have not found a search engine that both works (returns useful search results) and has less negative aspects than Startpage.

When I ask that question I most often hear DuckDuckGo as the answer. That was the original search engine used by Privacy Browser. However, I switched away from it several years ago. In addition to the items listed in that blog post, since that time they have moved their hosting to Microsoft Azure, as seen below. Microsoft has full access to everything on Azure, including all network traffic, all SSL certificates, all logs, everything. With something like GitHub, which I don’t like to use personally because I don’t like to depend on Microsoft, all the data is public anyway so there are few privacy concerns. But with sensitive search data, even if you fully trust DuckDuckGo, I think it is irresponsible of them to host it in a way that grants Microsoft full access as well.

Perhaps there is some other search engine you recommend besides DuckDuckGo. I would recommend you follow the links above and see if it has already been considered. If not, I would be happy to take a look at it.

They originally ignored the multiple bug reports that were filed. It wasn’t until the issue went viral and hit the front page of Hacker News that they finally backed off.

This particular behavior would not have affected using DuckDuckGo as a search engine in Privacy Browser. Only users of their app were affected. However, any company that does something like this loses a fair amount of trust that is very difficult to earn back.

It does mean the software is subject to microsoft’s whims, and whatever they decide to do with the dis-service. If you put all your eggs in the microsoft basket, your development is not secure… And the judgement of developers who continue using such a dis-service, and are providing microsoft access to information about everything they do on that system, is questionable (aka bad) judgement, IMO.

A Secure and Privacy Focused Software must have to be audited before recommending to someone.

If PrivacyTools can’t adequately review software suggestions in even 1-2 years, then they don’t have enough staff or volunteers to do their job. Thus, they cannot be relied on to stay up to date on issues, such as start page search.

Baidu? </jk> (<= Edit) Or maybe Seeks or YaCy. Whatever it is, it should be over Tor with less unique fingerprint, and frequent clearing of cookies etc.

Baidu? You have concerns that System1 has partial ownership of Startpage, but you are OK recommending a search engine controlled by the Chinese government with a long track record of invading user privacy?

Can you point to an instance of Seeks or YaCy that works well?

This topic reminded me there are other options besides big box search sites, and they had fallen off my todo list…

I see that in the plaintext of the email the forum originally sent me your Baidu comment contained the </jk> but that it was initially hidden from the web interface because it was attempting to process it as an HTML code. Sorry for misunderstanding.

If PrivacyTools can’t adequately review software suggestions in even 1-2 years, then they don’t have enough staff or volunteers to do their job.

To be fair, similar criticism could apply to f-droid.

Due to new developments (Startpage is going to start requiring JavaScript) the default search engine in Privacy Browser will be changing. There is a bunch of information along these lines at https://fosstodon.org/@privacybrowser/106331515603140687.

And now, Heeeerrrre’s Mojeek. Seems OK, but I could almost swear they didn’t have News search yesterday.

There is a fair amount of information at https://www.stoutner.com/switching-from-startpage-to-mojeek/.

Reversing the site and phrase didn’t 403…

There’s an intermittent glitch causing 403 errors when browsing with Orbot full “VPN” mode, and putting ordinary English word searches in the URL line. With more browsers than just Privacy Browser. Also seeing it on desktop Tor Browser. Almost like Mojeek is blocking some Tor nodes. Going to Mojeek home, then searching, usually is a workaround. DuckDuckGo has a similar “problem with your exit node” stuff too, but less often.

It’s interesting trying out different search sites. Rather than just picking one default in a browser, an option to rotate between selected search sites would be cool.

I am able to consistently replicate the problem without using Tor.

Reported it to Mojeek at https://fosstodon.org/@privacybrowser/106569578698831487. So far I have found them very responsive to addressing these types of problems.