There is an app in Fdroid called Moscow Wi-Fi autologin. The purpose of this app is to make it more convenient to connect to Wi-Fi in the Moscow metro, and other ground transportation in fully automatic mode. It is obvious that the purpose is to make connecting to wifi in these places more convenient. Now how does this app track and report your activity? The app merely connects to those networks, the app is not the network. Now those networks may track and report your activity, but that can be said about connecting to wifi in other places in the world as well. Is it just because this app is about locations in Russia? I am not Russian and this app is not mine, nor do I have any need to use it for now or to protect it. But it seems like Fdroid goes too far sometimes with the anti-feature thing. Telegram has anti-features because it’s servers run proprietary software. What use is it to me as a user the software that some remote server runs? Even if it is free software, can I change it? That is their server, their software. Surely Telegram in Google Play is bundled with Google Play Services, but the app in Fdroid is not, so that is not an issue. NewPipe, a wonderful app for YouTube, perhaps the best that exists, also has antifeatures because it uses YouTube, a non free network. What do you mean a non free network? Do we have control over all networks? We can reject using proprietary apps, but we should not reject content that is generated by proprietary apps, such as a video or a document, Richard Stallman’s own words. Also what software a server runs, is not a question of freedom related to the user but a question of freedom for the server operator. These are not antifeatures. Wikipedia too tracks and reports your activity, how, and to who does it report your activity? How can one know what happens with the data that is stored in somebody else’s server? Maybe if we run K9-Mail with hotmail in it, K9 then tracks and reports your activity? No Hotmail may do it, not K9. Fdroid goes too far with the anti-feature thing. An anti-feature in my opinion may be some proprietary library, or no longer releasing the source code of an app, or in rare cases a spyware that comes as open source, very very rare. Not these features.

Telegram has anti-features because it’s servers run proprietary software. What use is it to me as a user the software that some remote server runs? Even if it is free software, can I change it? That is their server, their software.

You can host XMPP, use ejabberd/prosody, use Conversations, all are open source, all can be compiled.

Compare that to Telegram… you know nothing about the server, yes it deserves an anti-feature, you can’t check it, modify it, use it.

Get Nextcloud app, write server address, any address that you wish, hey host your own Nextcloud instance and stream music from it.

Anyway, what was your point exactly? Closed source server software is “good for you”, or what?

Closed server software for me is neither good nor bad. That’s their server, their computing, not my computing. Not my computer. I know I can use Conversations and XMPP services with other free apps. Even if the software on Telegram’s servers is free and open source what difference does it make to me? You can’t verify, nor change, nor control whether that is true or not, nor change the programs that are there, you don’t have physical access, a user has no physical access. In Fdroid, a user installing apps should only be concerned if the app that he is about to install is free software or not and respects the user’s privacy. You and I don’t have control over remote servers that provide us a certain service, regardless of whether they are free software or not. The issue of an anti-feature on a perfectly good program such as Telegram, which has way more features than Conversations and others just because of what program they run on their servers is not fair. Now certainly YouTube, we know that YouTube is a questionable service, but NewPipe is not promoting that service, it is merely making that service available with a free software which respects users and does not follow DRM rules. Why condemn NewPipe with an anti-feature? It makes it sound as if NewPipe has the anti-feature. Not all users can run their own music service via owncloud. Most of the stuff is in YouTube whether we like it or not, that’s reality. And even if I set up an owncloud music distribution service, what difference does it make to a user whether I distribute via owncloud or nextcloud? What counts the most is that the program he is using should be free and should not impose drm, which newpipe does not and definitely fights it. Now YouTube may get your IP but so can I get other user’s IP if I want to if I set up a music distribution service. Non-free network sometimes makes no sense. If Google breaks the YouTube service in the future thus making NewPipe impossible to work, then that is another story.

Not sure if trolling, either say “anti-features is good” or explain why they’re bad… don’t mix it up. The text above just tells me that it needs the anti-feature soo bad.

Again, what is the demand exactly? Why remove the anti-feature? Don’t you want the users to make informed choices?

I am just saying this. Whatever program is on a server, whether it is open source and free or proprietary does not matter. Because either way you have no control, since you don’t have physical access to that server machine. Therefore this is not an anti-feature. If they use proprietary software in their server, it may infringe on their freedom, but not on yours and mine. Therefore it makes no difference.

Whatever program is on a server, whether it is open source and free or proprietary does not matter. Because either way you have no control, since you don’t have physical access to that server machine.

It’s not about that, but about the “choice to change the server address”. See my examples above.

Whatever program is on a server, whether it is open source and free or proprietary does not matter. Because either way you have no control, since you don’t have physical access to that server machine. Therefore this is not an anti-feature. If they use proprietary software in their server, it may infringe on their freedom, but not on yours and mine. Therefore it makes no difference.

This is true for a single, isolated individual. But freedom is a social thing, it’s about relations between people. That’s why it’s imporant to increase freedom issues awareness throughout the whole society.

I’m all for discrimination of proprietary stuff until there’s none left in the world. Amen.

I am not promoting proprietary software. You can not force what kind of software people use on their private devices. Neither can you know what they run. I should not impose you to use non-free software, neither should you impose on someone to use free software.

I am not opposed to the “anti-features” feature. I am only saying that whatever software a server runs is not an antifeature because that’s their device, not mine. So it does not infringe on my freedom. Being able to change a server address or host your own server is merely an additional feature, it does not change if an app is free or not. Read Richard Stallman’s article who does that server really serve? Let me give you two quotes from that:
Many free software supporters assume that the problem of SaaSS will be solved by developing free software for servers. For the server operator’s sake, the programs on the server had better be free; if they are proprietary, their developers/owners have power over the server. That’s unfair to the server operator, and doesn’t help the server’s users at all. But if the programs on the server are free, that doesn’t protect the server’s users from the effects of SaaSS. These programs liberate the server operator, but not the server’s users.

The users of a free software platform like Mastodon are significantly more free than the users of Twitter. If I don’t like something a Mastodon server does I can move to another one or make my own with my own rules which functions mostly the same, and it’ll work with any Mastodon app. If I dont like something Twitter does, it’s either deal with it or use a completely different incompatible service.

When it comes to Twitter I agree. First you can not sign up using free software. Secondly it forces you to use a mobile phone to sign up. Thirdly I have seen it block me for no reason at all. It behaves weirdly. It shadow censors based on it’s own political agenda. I do not recommend using Twitter at all. The only good thing about it, is that there is some wonderful desktop software like Corebird that you can use it with. You know, about non-free networks, I know for example, keeping up with the google apis for YouTube is hard, I think maybe it is better not to make free apps for services like gmail, YouTube, twitter, because they can always change apis and your program becomes useless. Telegram is not so unethical though, surely their servers use non-free software but they do not impose such blocks on users as other services may do. The other thing is, do not throw the baby with the bathwater. Surely YouTube is not good, but do not condemn NewPipe which tries to bring this service to people in a very ethical manner. And Anti-features can be misleading in that case, making people think NewPipe is the bad service. I am not in favor of YouTube, if we can replace services such as YouTube, Twitter, it is for sure a good thing and Mastodon is a good service.

@Licaon_Kter strangely F-Droid is missing in the supporting list of 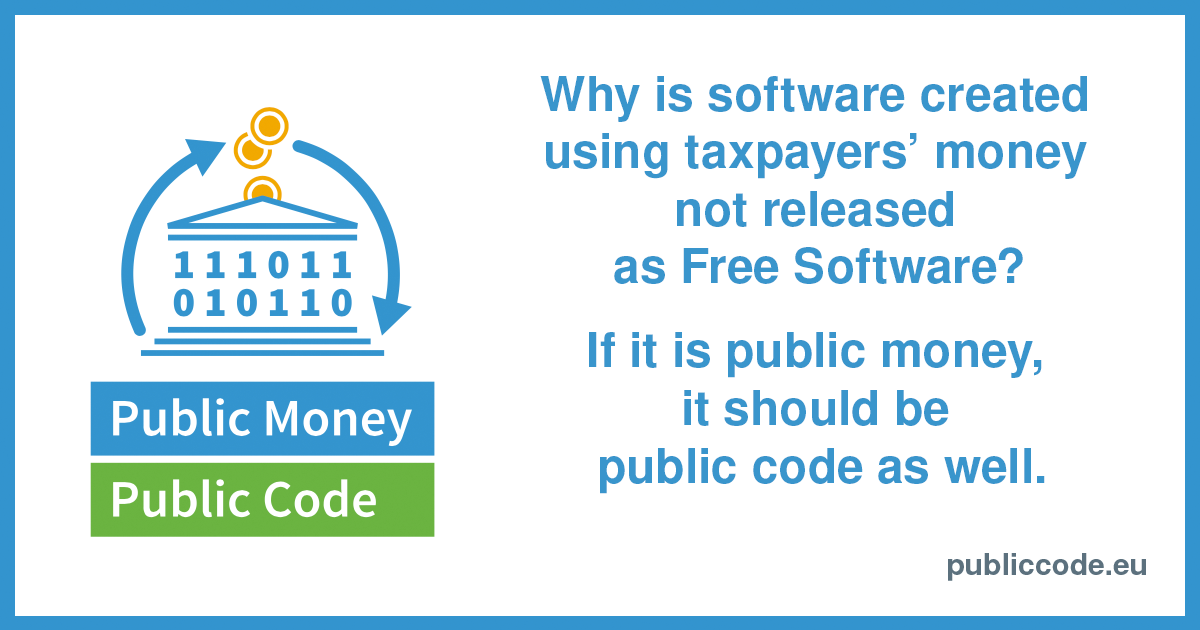 I should not impose you to use non-free software, neither should you impose on someone to use free software.