To Trust F-droid or Not!

i would like to thank you for your resource and the work you do. The last time apps appear not with the full free open source on your platform. F.e. such an app as Telegram or Element ( Riot) which cooperates with Evil Corporation - Facebook. It would be fair to freedom source community to add a new name ( half open source app).
A person cannot be half kind or half honest !

F.e. such an app as Telegram

It is built and signed by F-Droid, and guaranteed to correspond to this source tarball [link]. -> https://f-droid.org/en/packages/org.telegram.messenger/ what is missing exactly? It’d guess you could not build if something was missing right?

Could you link us where exactly they do this in the source code? https://github.com/vector-im/element-android

It’s better to link to the actual place in the source-code when you make such accusations. Vague pointing of fingers does not help. 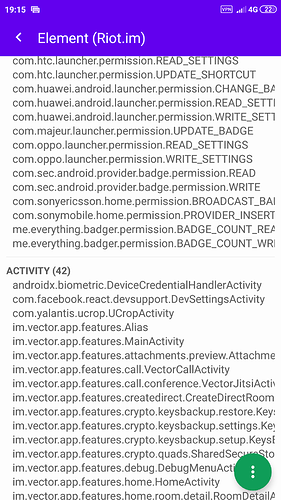 Yes, some of Facebooks libraries can be useful, one of those is called react-native & friends, and yes it is open source.

I hope you didn’t just jump up because you saw the word facebook there, that would be petty.

Kubernetes is also Open Source and from Google, but the source code too complex to be sure there is no spying.

How about interested parties just look up code before installing?