Can’t install an app for some reason (I don’t think it’s because of f-droid since my tablet has some difficulties installing apps, especially apks from somewhere else than the app store.)
5th time trying to install termux and all of a sudden the download continues over the 100% lol 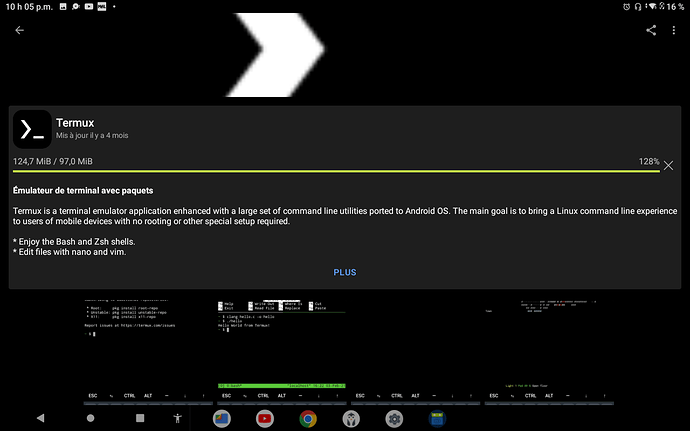 Part is app, part is custom payload just for you? What, me worry? Hope it’s just a math bug; or total data, counting re-sends.

Does anyone know anything about that problem?
Since i while i have it with a few app upgrades…
Any ideas?

It’s a known issue, but nobody on the team can reproduce it. So we still need someone to give us a logcat to be able to fix it: Download goes over 100% and fails to install Mull (#2412) · Issues · F-Droid / Client · GitLab

How could i do this?

The documentation on the website talks about crashes, but this should also work for non-crashes: Getting _logcat_ messages after crash | F-Droid - Free and Open Source Android App Repository. It should just be running until the error happens. If you copy the logs then, it should hopefully give us enough details to fix it.