If you use a VPN app already, is there any way I can have a quick button to press that turns off internet for every app except certain selected ones? The only apps I have heard require that you use them as your VPN app and you can’t have two VPN apps.

You can block internet one by one in LineageOS and others…

Netguard has a lockdown mode which would do that. Don’t know about chaining it with other VPN apps.

Problem is that I would then have to turn them back on one by one. I wanted a button I could press to mass turn internet on and off for apps in the selected list.

I’ve been using AFWall+ which does what I think you’re asking about:- 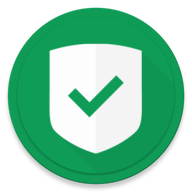 A custom rom or root I believe is the only way to achieve what you want.

You could try Shelter or Insular which use Work Profiles to create an isolated environment with just the apps you want to use online along with your vpn installed. Should allow you to install something like Netguard outside of the work profile allowing you to block any of your current apps.

Depending on device & rom, this may allow for 2 VPNs at once as 1 will only effect apps in the work profile and vice versa.

Not the solution you would like im sure, not positive it will work for you either but worth looking into maybe.

On Android 11 Netguard works in both main and work profile, afaik. So you might be able to use another VPN service in work. Do test and report back

On Android 11 Netguard works in both main and work profile, afaik

Not for me, where I can find more details?

Dunno, I just tried it and it worked.

It’s not an app feature…

eg. via Shelter or Insular

@Licaon_Kter
The work profile ran by Insular is separate from the main profile. Any VPN apps in one profile have no affect at all in the other profile. Also, you can not run more then one VPN app at a time so per profile. This means you can’t run Netguard and a VPN app since Netguard works by being the VPN app.

Exactly, run only the apps he wants to use with a VPN service inside the Work profile. Netguard can be used in the main space if he still wants to block his regular apps at the same time.

Idk his actual needs or reason but this was a suggestion based on his original post.

I want to run both the blocking of Netguard and the change in IP from the VPN app on the exact same apps. Not just one or the other.

If fast internet speed is not needed and Tor would work for your needs, you could try Invizible Pro as it has a built in firewall.

One other solution i can think of is if your on your home network, see about setting up a VPN within your wifi router settings if it has the option.
If not you can look into custom router firmware or adding another device such a travel router or a raspberrypi. Having a hardware based VPN will make so you only need the firewall on your phone.

Hope you get it figured out.

Then ask your VPN provider to make a better app.